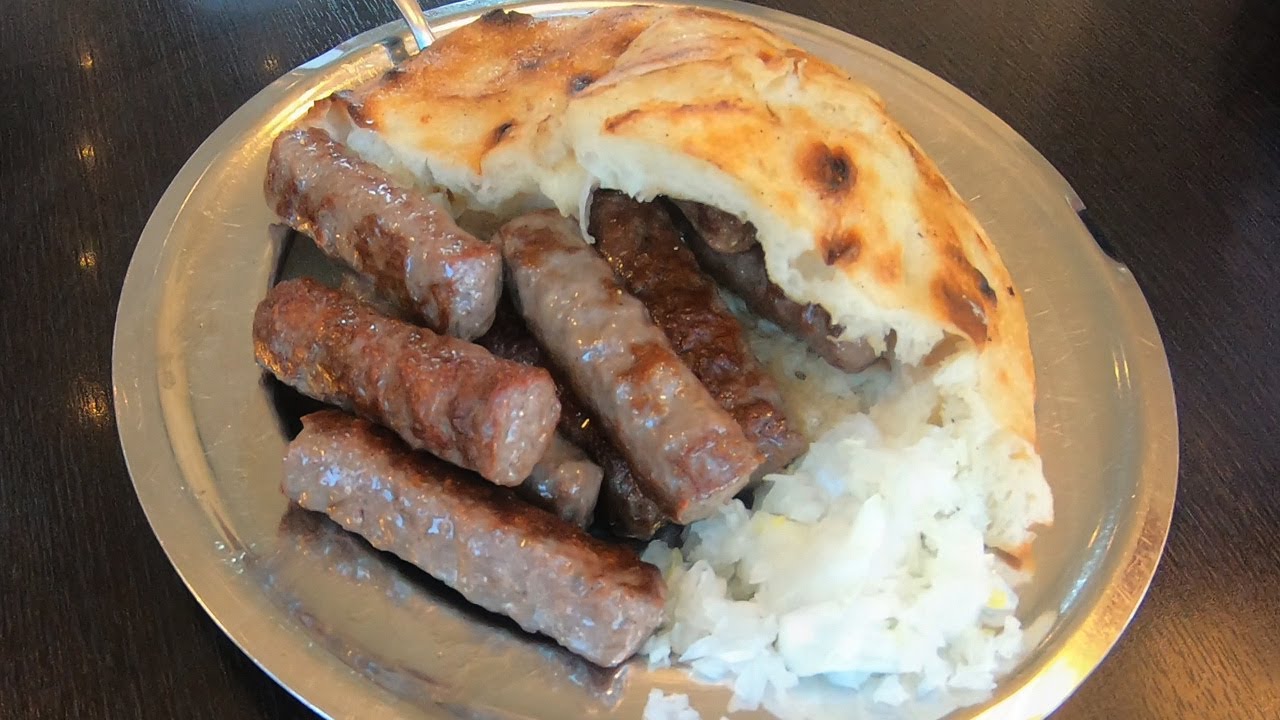 Despite their clear Turkish provenance,

Bosnian ćevapi are a source of great national pride and the country’s favorite dish. These tiny, hand-rolled minced meat sausages are commonly made with ground beef or a mix of beef mince with other meats such as pork, veal or lamb. Seasoned with a mix of different spices; usually garlic, salt, black pepper, and sometimes paprika or hot red pepper flakes.

After they have mellowed for a couple of hours, ćevapi are barbecued over charcoal. Traditionally, one portion of the dish consists of ten pieces of ćevapi tucked in a soft, moist, slightly grilled flatbread called lepinja or somun, and a variety of accompaniments such as kajmak, a type of clotted cream spread, roasted red pepper and eggplant relish called ajvar (especially popular in Croatia and Serbia), and raw onions.

Ćevapi are traditionally served in ćevabdžinica, a specific Bosnian locale of special ambient, where except ćevapi you can find similar grilled dishes like burgers, sausages etc. With ćevapi you can perhaps try yogurt, sour milk, and kefir.